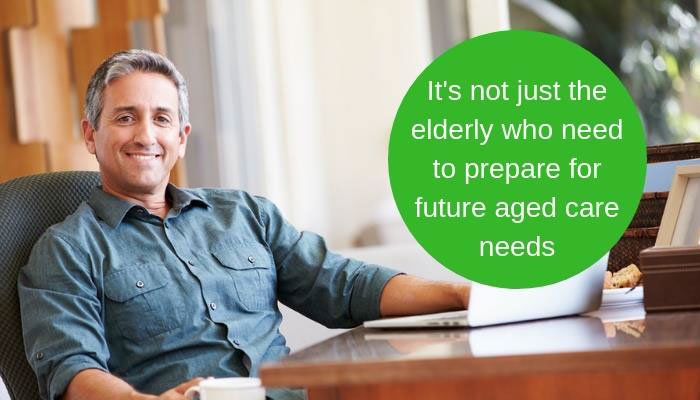 According to a recent study by McCrindle, nearly 90% of Australians aged 50 and over said they’d prefer to live out their days in their own home, even though most admitted to not having given much thought to what support they’d need in order to do so.

Preparation and planning are lacking

In a national survey of more than 1,000 Aussies aged 50 and over, responses revealed the following:

Why conversations need to be had

Today there are more than 3.8 million Australians aged 65 and older (compared to 1.7 million 30 years ago), with that number expected to increase to 7.5 million in three decade’s time.

Australia’s ageing population indicates that it’s not just older people who need to prepare for future aged care needs, but all Australians, who need to talk to their families, while prioritising finances and ensuring they’re informed about the services available.

Over a ten-year period, the number of people receiving aged care in Australia grew from 189,000 to 249,000, with in-home care the fastest growing sector within the care industry, outperforming growth in residential care by five to one.

Staying at home is a priority for many older Australians, with 74% indicating they’d likely use in-home care services and 82% saying they’d be prepared to pay for such services to live at home for longer.

With 33% of older Aussies not aware that the government funds certain in-home care services, the research highlighted that there was a need for more awareness around aged care support.

More than 50% of Aussies over age 45 have previously or are currently dealing with aged care services for themselves, or on someone else’s behalf, which is why considering your options in aged care earlier rather than later could provide you or a loved one with greater flexibility.

Each aged care service available in Australia has eligibility criteria and an assessment process which can be organised through the government’s My Aged Care initiative.

Here are some of the options: